skip to main | skip to sidebar

Well I thought that "D" was a bit light and "E" also considering how many Elizabeths we seem to have.

Explained! A bunch of Wicklow names were misplaced as a group in the files. So here they are commencing from "A" again in the normal loose alphabetical manner...

Ann Mary 1920 is my mother. Here's a photo of herself & her father Stephen in his Postman's uniform (looking shy) on the doorstep of their house in Wicklow. 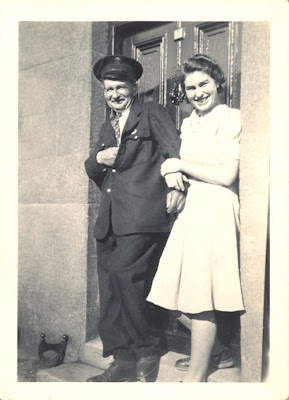 Here's Stephen Bullard (postman), his wife Bessie, and my aunt Margaret ("Birdie") on the 1911 Census form. 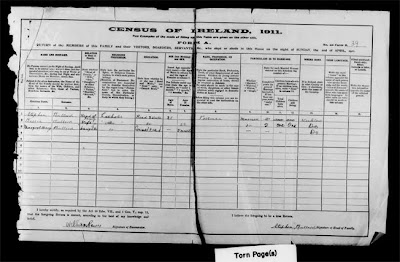 Hi, I have just come across your blogg and was so interested and amazed to hear all about the Hollingsworth family. My name is Moira Hollingsworth and my father was Thomas Morgan Hollingsworth, the baby of the family to William and Bridget.